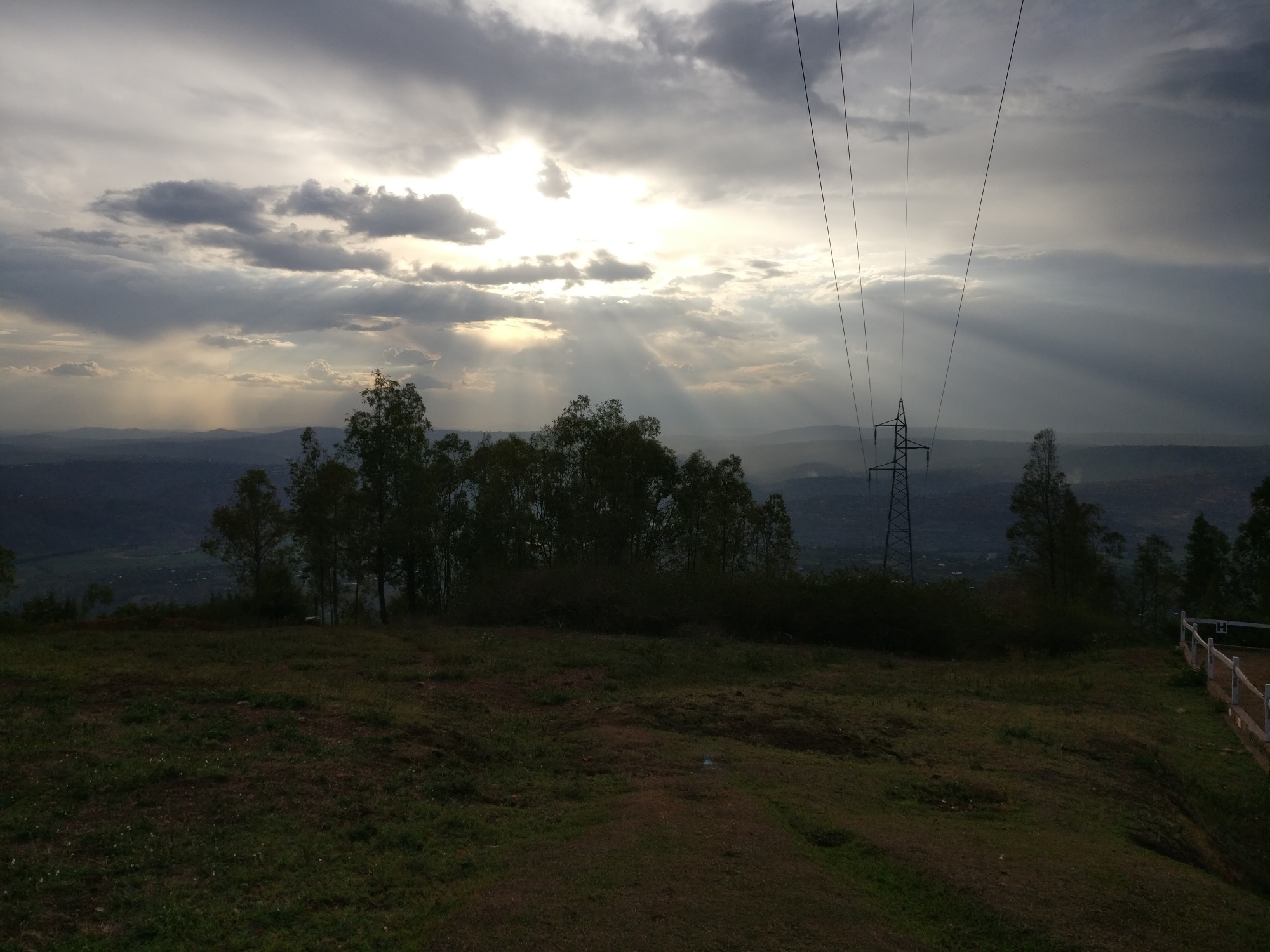 Ok, so you plan on going to Rwanda, you must brace yourself for the most touching stories you will have ever heard; the most gripping tales; and the most shocking sights you have seen. Does that sound a bit dramatic? If it does, then good, because the whole thing is dramatic. Honestly.

Your first impression of Rwanda is one of awe. You are very much in awe of just how developed the country is. And that is said with genuine admiration. Your country may not give you much to be proud of, but you are a proud Nigerian. And speaking as a proud Nigerian, you must admit that there is so much your country can learn from Rwanda.

You know that between the months of April and July in 1994, Rwanda experienced a genocide that crippled the country. An estimated one million people were killed by soldiers and militia men that included friends, neighbors, classmates, in-laws, etc. Truly heartbreaking stuff.

Your time in this beautiful country is limited so you know you have to get to it. This means cramming up your schedule with visits to genocide memorials, amongst other things. You brace yourself for what is to come, but nothing can prepare you for what you will experience. You stop a motorbike and hop on. 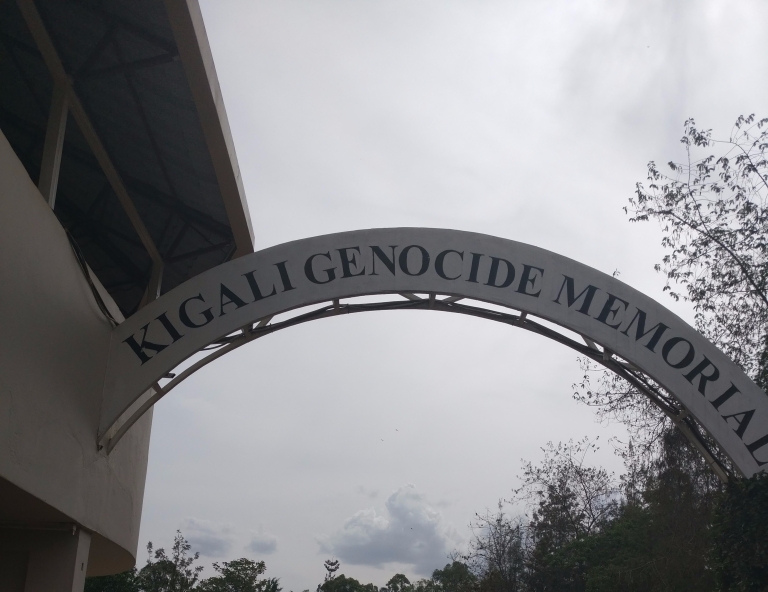 Your first stop is the National Memorial (photo above). It gets real from the moment you walk in; you are greeted in the welcome center with a short video from survivors talking about their experiences. You didn’t cry, but your eyes became watery. After the video, you enter the memorial proper; there it begins.

You are taken on a journey that starts at the genesis of the matter; early interactions between the Belgians and the Rwandese (colonization). You get to know how the Hutus and Tutsis came to be; colonists used wealth to make the distinction – if you had over eight* cows you were labeled Tutsi, if you had less than eight, you became a Hutu. And that is how these people were divided…by how many cows one had. From that moment, the Tutsi were considered upper class, while the Hutu were whatever comes next. What blows your mind is that back then, one could shed their “Hutuness” by acquiring wealth. Think about that.

After understanding the root of the problem, you are walked through the number of times there has been violence between both ethnic groups. You can call them pre-genocidal warning signs. You are also introduced to the chief protagonists – Rwandese politicians, European colonialists, European politicians, etc. You find out about the role each group played; all for selfish reasons of course. You wonder how selfish, greedy, and wicked man can be.

So far, you experience all sorts of emotions but manage to maintain composure, even when you see the possessions of those killed. It gets worse when you see the bones and bashed-in skulls of the victims; more so when you see letters from/to the victims. But when you enter The Children’s Room, you brake down and cry like a baby. You see pictures of some of the little ones that were senselessly killed. Underneath each child’s picture is anecdotal information (name, age, favorite game, best friend, how they were killed, and sometimes their last words before death). You realize that some were killed with the strike of a club or machete on the head, while the youngest/smallest/babies were often held by the leg and smacked against the wall.

Now you can barely contain yourself. You think of rushing out, but remember that these innocent children went through much worse. The least you can do is stay and see what they went through. So you decide to look at every picture and read each and every single story. When you make it out of the room, you can barely stand. The rest of your walk around the memorial is a blur. You soldier on.

Caution: Photos below may be considered very disturbing!!! 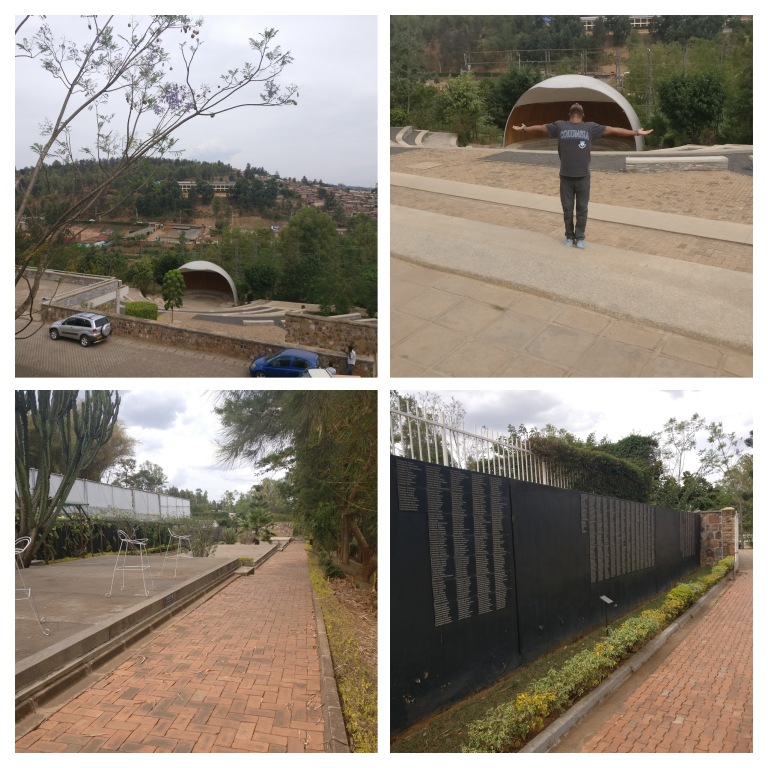 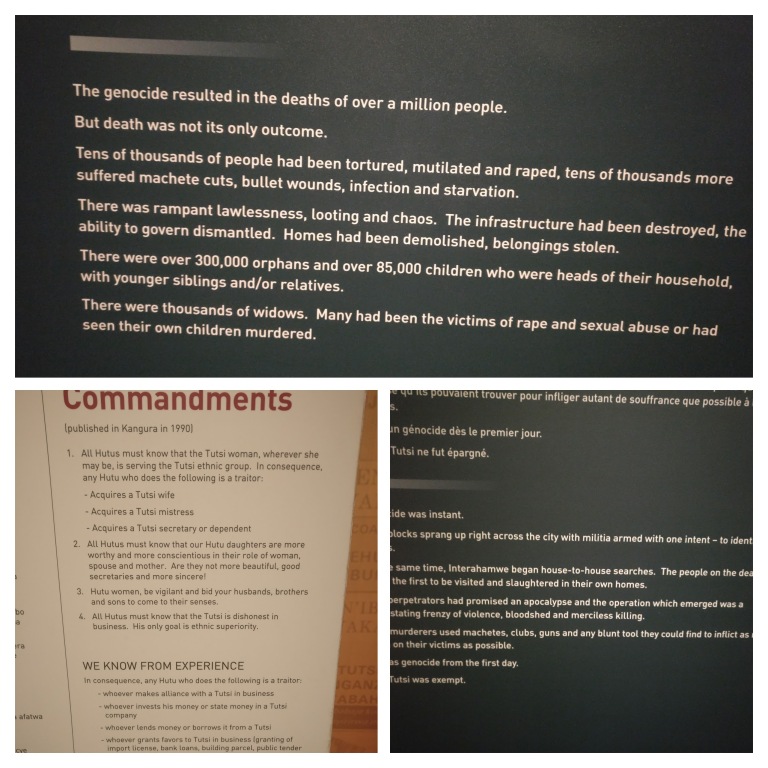 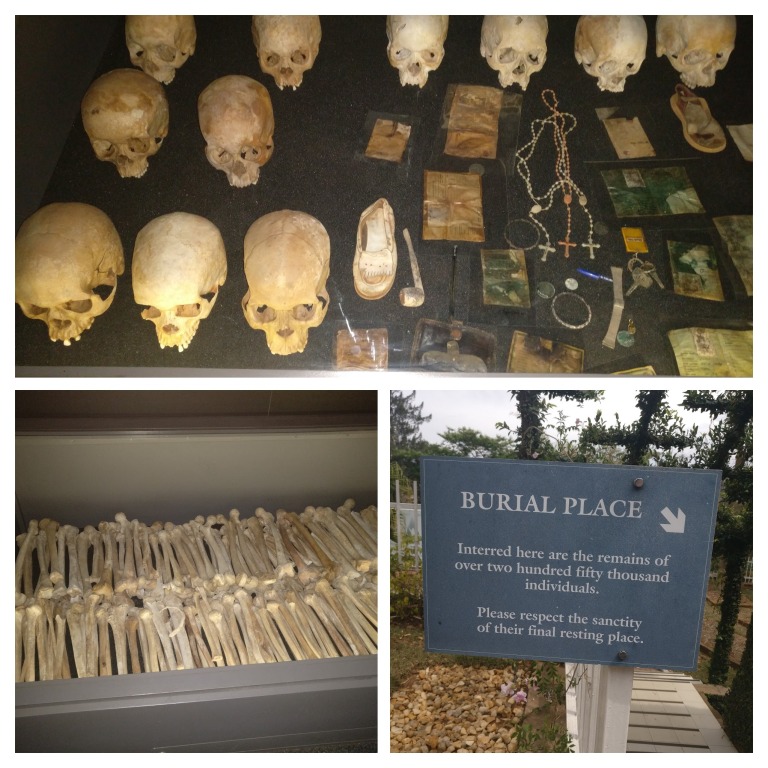 After the memorial, you dust yourself off and set your sights on Hotel des Mille Collines. It’s been renovated several times over the past 20 years, so surely, you can manage this. You hop on another motorbike and arrive fifteen minutes later. There she is, looking nothing like what you remember from the movie Hotel Rwanda. You walk in confidently, with the plan to walk around and then have lunch before leaving.

That confidence disappears when, all of a sudden, you see a corridor that plays back a part of the movie. You keep walking around, and everything comes back to you. This is the place where hotelier Paul Rusesabagina**, for months, hid and saved over one thousand lives during the genocide. If you haven’t, go watch the movie. 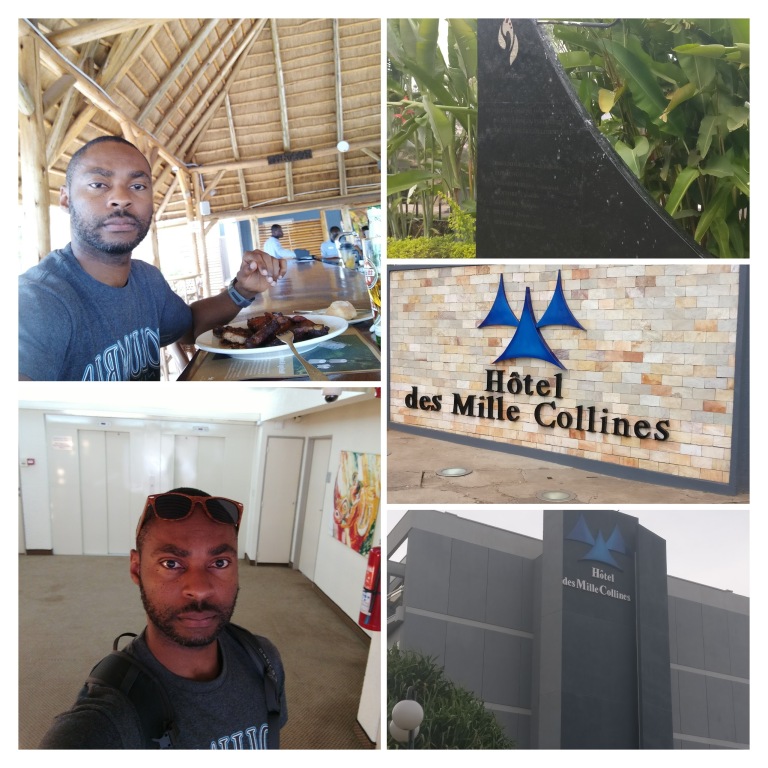 The next day is more of the same; you set out to visit two churches just outside of Kigali where some of the most evil took place. But first you have to find the bus stop, which, oddly, is more difficult than was described. It is not helpful when your motorbike guy, who only speaks Kinyarwanda, drops you off at some gas station in the middle of nowhere and rides off. At this point in your travels, getting lost is nothing new, so you collect yourself and find your way.

You finally make it to The Nyamata Genocide Memorial and boy oh boy, does it hit you. You are greeted by one of the workers who introduces himself as Leon. He asks if you need any assistance and when he hesitates after you respond yes, you wonder what that was about.

Leon takes you around the memorial and does a very good job of giving you detailed accounts of what transpired in this church in 1994: over two thousand people fled their homes and hid in this church for protection from the Hutu militia. Unfortunately for them, this was a trap laid out by the government. The church goers would soon find themselves surrounded by the country’s military, who would use bullets and grenades to force open the locked church; after shooting at people inside the church from open windows and holes in the walls, the militia would enter this church and finish off the job. No one would survive. Another ten thousand Tutsis would be killed in villages that surrounded the church.

As Leon walks you through events, you notice that he starts to cry. Shell shocked at what is happening in front of you, you search yourself for what to do. It feels a bit surreal because he works here and surely, is used to being around all this by now; you start to console Leon. You don’t need to ask him, it is clear from the look in his eyes that he lost family in this very place. Now you understand.

After Nyamata, you jump on a bike to the Ntamara Memorial, where there is yet another church that was the scene of atrocities committed against humans. Here, you are greeted by Innocent, the resident guide. Much like what happened a short while ago, Innocent is noticeably hesitant to do his job and walk you through the history of the church. While you understand why, you insist on a guide.

Innocent gives you an account of what happened here in 1994: over three thousand killed in the church; about another five thousand killed in the surrounding village. It is the same story, the government told the villagers to hide in the church, but they were betrayed when Hutu militia were transported over there to kill everyone. Often times, Priests, and Sisters of the church were active in ensuring the success of the ethnic cleansing. You are baffled by what you hear.

As Leon walks you through the rooms where men, women, children and even babies were killed, you see some of the weapons used to kill them. You also see school books of the children and it makes you light-headed; they had been there for months but kept studying since they believed they would one day go back to school. You briefly imagine what the mood felt like; singing nursery rhymes, doing math problems, and making a lot of joyful noise until their sounds of joy turned to sounds of horror, and their sounds of horror turned to silence.

Your imagination is interrupted by the sound of Innocent sobbing. Again, you are surprised that someone who works here would still be this emotional. At the same time, you get it; one can never get over something this evil. 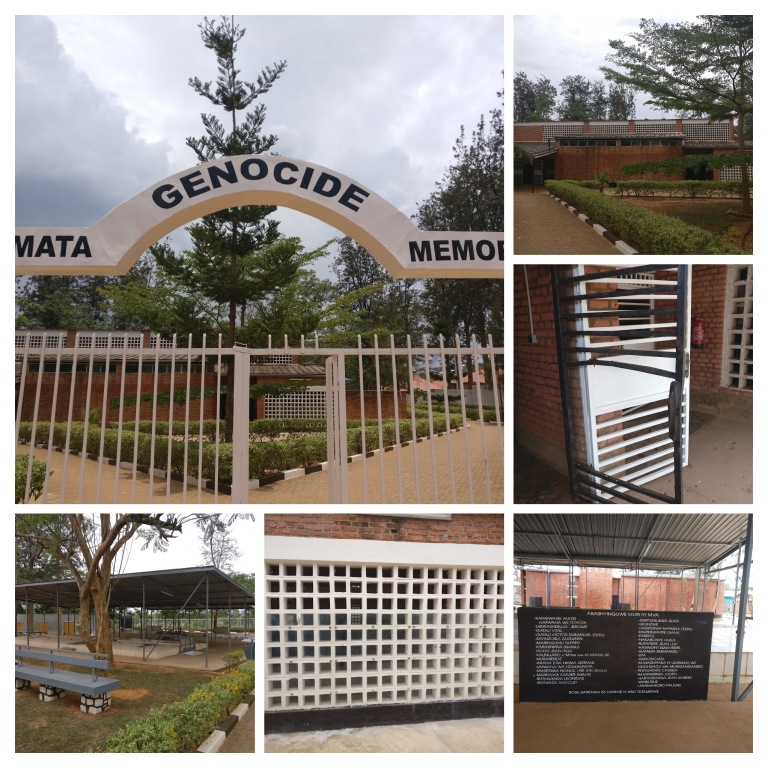 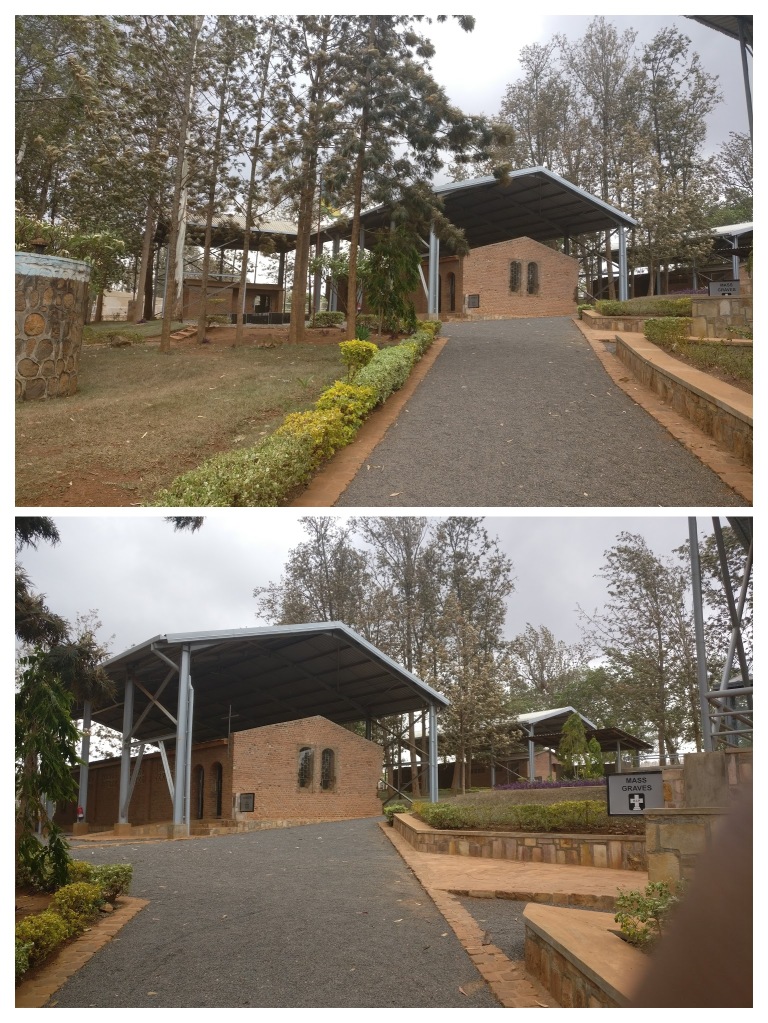 Another thing that strikes you is just how raw the story of the genocide still is to the Rwandese people. Besides the episode with the guides, you realize that so many people still deal with their experience of the genocide. Innocent questions like, “so where is your dad?” or “does your sister live in Kigali?” can lead to a very sad story or a mumbled response and a swift change of topic – the latter being more common.

One more thing about the genocide that you find impressive and fascinating is the rehabilitation, not just of infrastructure, but of the perpetrators. It is an eerie feeling to know that your motorcycle guy, or your waiter in the restaurant, or someone else you interacted with could have been a former killer. At the same time, it is further proof that people can be rehabilitated.

It wasn’t all sad of course. You partied with amazing people, climbed up Mt. Kigali, enjoyed the beautiful landscape, ate roasted rabbit, and drank to your heart’s desire!

All in all, from the people you met, to their stories, to the sights and sounds of the country, Rwanda will always hold a special place in your heart. You thank her for teaching you the art of forgiveness.

[Scroll down for more photos and song of the day]. 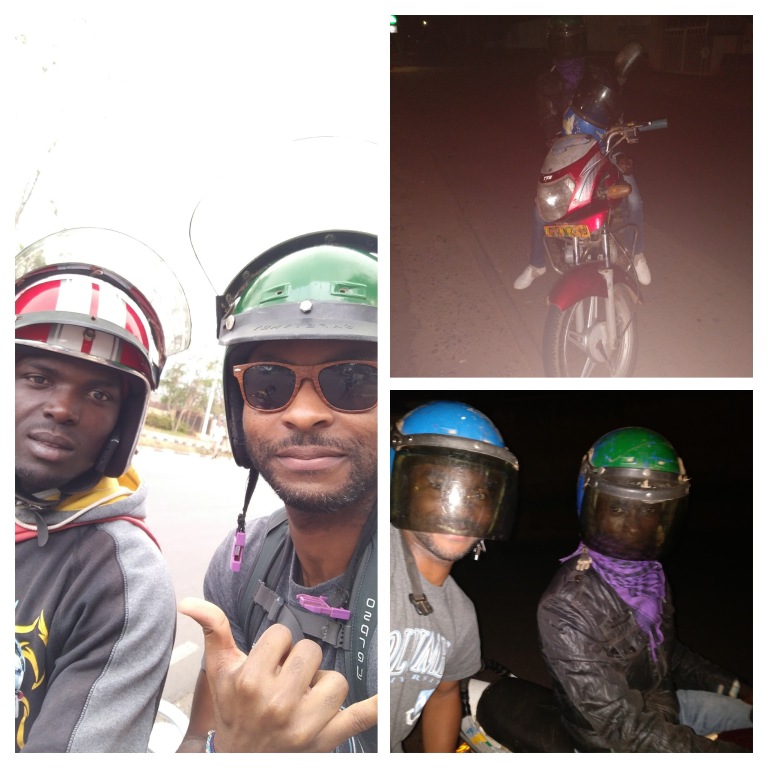 Song of the day: Love Is A Verb by John Mayer. If ever there was  proof that love trumps hate, I saw it in Rwanda. I am convinced though, that love is a verb, meaning that one must act on it, show it, etc. Lastly, I just love the song. Hope you enjoy.

*I believe 8 was the number but it could have been higher or lower. I lost some of my notes. Also, this was slightly simplified for effect.

**I finally got a Rwandan to speak openly to me about a lot of things. I was told a very interesting thing about Paul Rusesabagina that blew me away, but I can only share in person. I’ve already been locked up once, thank you very much.