Before getting to Peru, I had heard from other travelers on the trail that Peru would be special, that there was something magical about the country that would make an indelible impression on me. No one, however could clearly articulate the sensation they felt, but one Peruvian traveler in Cusco cautioned that “if it’s not your time, you won’t feel anything”. Besides the fact that it sounded much better in Spanish, it still didn’t mean anything to me.

I did not know much about Peru, except that Machu Picchu was there. Truth be told, that was the only reason I wanted to visit Peru. I am a huge fan of ancient civilizations, so that was my primary focus, and even though the Incas were known for their spirituality, I never expected to feel what I felt throughout the entire country.

From the moment I arrived in Peru, something changed. I’m still not quite sure what it was, but I’ve never been so calm. It wasn’t just calmness however, I felt a need to be alone…little interaction with people…no socializing whatsoever. For about three days, I wondered about my mood; I had recently become a very social person, so it made no sense that I had seemingly regressed. Lima looked like a great city, but for some reason, I had no desire to explore it.

Two days later, I left Lima for Cusco and nothing could have prepared me for what I would physically experience. Shortly after arriving at my accommodation in Cusco, a headache followed, along with partial loss of vision, a left-eye run amok, fever, and a general I-don’t-know-what-the-heck-is-happening-right-now feeling. It was clear: altitude sickness got me.

For the next two days, I was a wreck and still can barely remember anything about those days. There was no way I was going to postpone my trek to Machu Picchu, but I wasn’t looking forward to hiking while sick. Miraculously enough, on the morning of the trek, I awoke with a clear head and newfound energy. It was meant to be.

Cusco is a lovely city that plays host to people going to Machu Picchu; it struck me as a kind of a rite of passage. Besides the cold and altitude, Cusco is also known for being a party town and I can understand why. Living it up before and/or after the trek to Machu Picchu is not only advised, it is probably recommended! Why? You’ll know when you get there!

I was up at 3am on D-day and was picked up shortly after by the tour company, met up with my group and then headed by bus to Ollantaytambo, a village in the Sacred Valley of south Peru. This is where we, alongside scores of other travelers, would board the train headed to Machu Picchu.

The train made a stop in the middle of the forest, where the Inca trail begins, so that those of us hiking could get off, while the lazy people continued on the train to Machu Picchu. Just kidding, they’re not lazy…yes they are. They’re lazy.

After an energy-filled breakfast prepared by our very able porters, my group set off on the Inca (Inka) trail…destination Machu Picchu. On the way, I experienced some of the best views I could ever hope for. Climbing up mountains is never fun, but when you stop to look around, you realize just how special the moment is. and I believe that the combination of spectacular views and a feeling of immense achievement is what makes climbing addictive.

During the course of the hike, I was able to enjoy the beautiful landscape, learn about the Incas and the lands they occupied, meet with other hikers, and still have time to reflect on life.

I learned that the Incas were/are very in sync with nature; you see this from what they planted, the way they planted/farmed their crops, the food they ate, how they made it, who and how they worshipped, etc. Basically, it was evident in every facet of life. They worship(ped) the sun and pachamama (mother earth or earth goddess), and they had a lot of gold that was looted after they abandoned Machu Picchu. Like a whole lot of gold!

The last night camping was such a beautiful experience; of course there was no electricity, so I couldn’t even read my book and my phone was dead at this point so I couldn’t read my ebooks either, but I had a wonderful group with me. We played the most intense games of 21 ever! I’m not sure if it was the frustration of conditions, or if it was excitement of finally getting so close to Machu Picchu, or the fact that we were all we had, but we put everything into that game.

After going hard on cards, our guide took us out of the big tent and pointed to the sky above us. We looked up and saw shooting stars, the milky way and Mars! That’s right, we were able to see the red planet, and let me tell you, it is red! I had never seen the sky so clearly. We stayed there for a while and just marveled at God’s creation. We must have kept the wildlife up past their bedtime.

After everyone retired to their tents, I came back out to enjoy the sky again. I was so moved by the constellation that I cried. Yup, it was that moving. I couldn’t take any pictures due to lack of power, but in a way, I’m happy I didn’t. It may have ruined a perfect moment. It was meant to be.

And there she is. After years of dreaming of this moment and offering up excuses for why I couldn’t do it, I have finally reached one of my life’s goals. It is such a beautiful feeling to reach a life goal; from my understanding of happiness, reaching goals is one sure fire way of keeping one happy. By the way, do you have any life goals? Before you dismiss that question with a “duh, everyone has goals” response, remember that a goal is not necessarily a life goal. There’s actually a big difference. Anyway…

My Machu Picchu experience requires a long conversation, preferably over drinks! Try as I may, I don’t think I’ll ever be able to concisely write about the sensations of getting and being there. What I can share with you is that I definitely believe that I went there at the right time. Everything I learned along the way, be it through books, prayer, songs or interacting with people, was meant for that very moment in time. It was meant to be.

This is nothing anyone can understand unless you go see and feel for yourself. Just remember to open up yourself and listen to whatever the earth is telling you at the time. 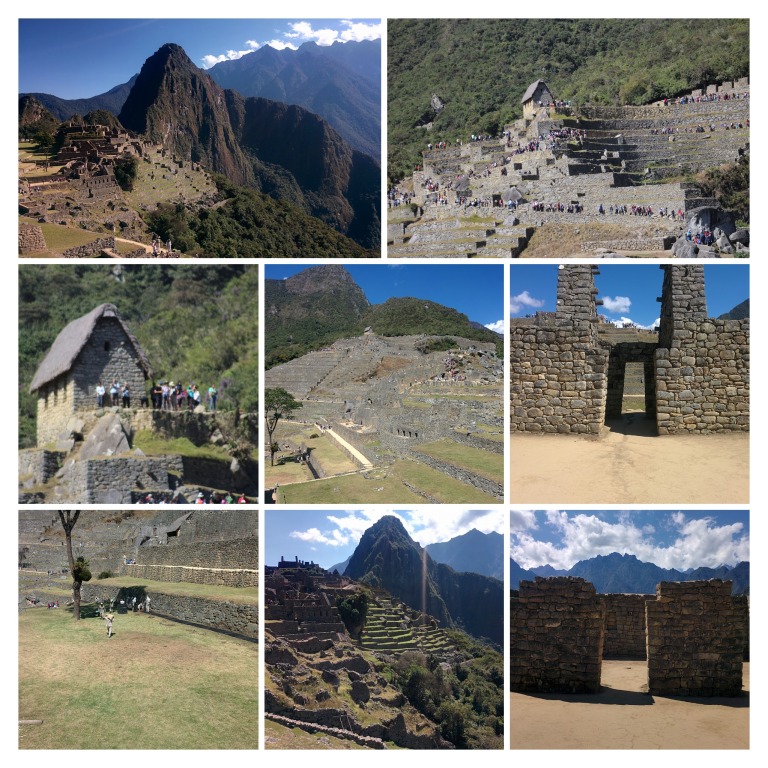 I’ve never climbed so many mountains and hills in my life. The pain in my knees is a constant reminder, but the addiction is real. I hate the part about pain, but love the exhilaration when you reach the top. There is no greater sense of accomplishment than that. Just an fyi, the descent is often the worst part 🙂

After embracing, taking in and internalizing Machu Picchu and the pachamama, I headed back to Cusco.

Back in Cusco, I was a very different person. I was still very calm, but I felt like I had conquered a beast. I actually thought that my hair was grayer than before. It almost felt like I had been led on a journey to where the secrets of life were disclosed to me. I know that sounds utterly ridiculous, but hey, that’s how it felt. It was meant to be.

Besides speaking to and befriending everyone I came into contact with, I went on a walking tour of Cusco, went quad biking in the mountains, and visited the salt mines in Maras. And of course, with each activity, my fondness for Peru grew exponentially.

I had the distinct pleasure of meeting Peruvian philosopher and author, Ricardo Paredes Vassallo in Cusco. I was walking out of a restaurant and he just stopped me and asked where I was from. Next thing I know, I’m sitting next to him, drinking Pisco with lime and warm water, and having conversations about life, happiness, and goals. Funny how I went for a walk on a cold night in Cusco so I could do some thinking on life, happiness and my goals. I stop to have dinner and on my way out, what happens? I meet a philosopher who specializes in topics of happiness and life’s goals. I can’t remember the last time I had such a spirited conversation. I had planned to take a picture with him, but the drinks were so strong that I forgot. Come to think of it, I can’t remember walking back to my hostel that night. It was meant to be.

You cannot talk about Peru without talking about food. I believe Peruvian food to be the best food in the region and possibly the world, and it did not disappoint. The ceviche, largely recognized as the best in the world, was a must and boy oh boy, it was something! Lomo saltado, alpaca meat, the list goes on; I couldn’t get enough of Peruvian food.

If we ever go out to dinner, rest assured that it’ll be at a Peruvian restaurant!

It was meant to be.

Song of the Day: There could only be one: El Chacombo by Arturo Zambo Cavero and Oscar Aviles. I was at party to celebrate Peru’s independence day (above) and when the DJ played this song, everyone went berserk! I turned to look at the spectacle and when I turned back, the girl I was talking to had disappeared. I found her on the dance floor. Let me tell you, watching a Peruana dance to festejo is one of the best things in this life. And that is how I was introduced to Festejo music. Come to think of it, that was the first time I realized Peru had black people! Festejo is AfroPeruvian music; it is also now one of my favorite musical genres. Happy to teach you the festejo dance moves if you want; I’ve become pretty good…if I say so myself! I hope you enjoy.