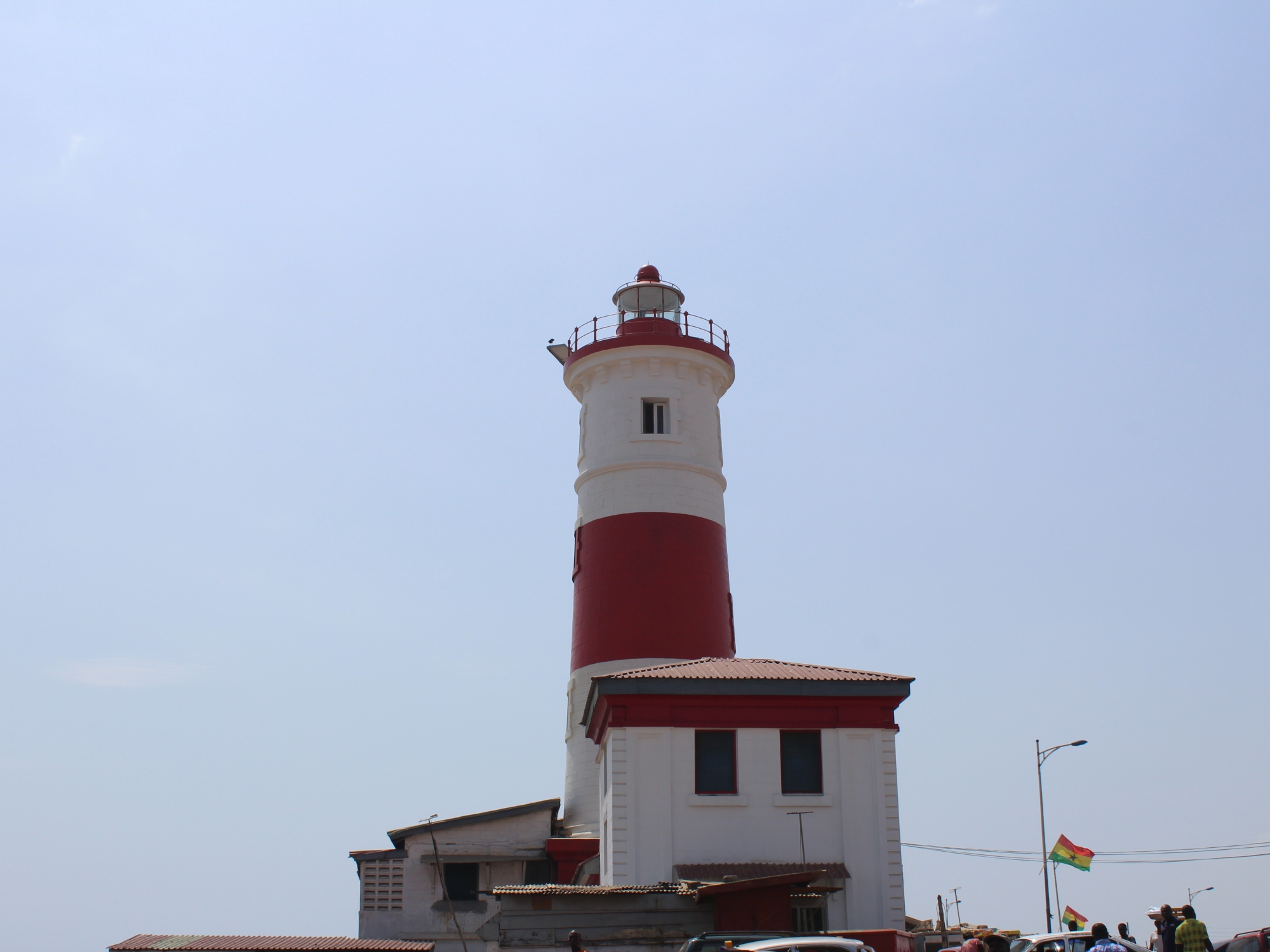 “Was I Just Robbed Under a Spell?”

It is hard to rank these things, but the crossing into Ghana from Togo was definitely one of my worst border experiences. I’m not one to dwell on the past, but each time I think back to this day, it makes me sick. The day I was baptized by fire.

From the moment my motorcycle taxi arrived at the border, I was swarmed by touts before I even got the chance to get down from the bike. They were all my “brothers” and wanted to “help me”. They were so eager to help me that I had to fight off a few who grabbed my backpack without permission. I refused their advances firmly enough that they all left me alone. All, except one old man. I let him walk with me since he seemed harmless. After all, he was an old man. This may have been my biggest mistake.

The old man introduced himself as Cyril. He spoke perfect English and French and promised to help me cross the border without incident. The problem with Cyril was that he just would not shut up. He was like a fly to my ear, always buzzing.

I went through the usual stress of dealing with and bribing the border agents, all the while wondering what value Cyril was adding to my life, except talking incessantly. The border agents all seemed to know him, so once again, I tolerated his presence.

The last two officers I interacted with on the Ghanaian side were very professional. They were also nice and tried to protect me after I told them I was a first time road traveler. The lady, in particular, mentioned several times that her’s was the last post and thereby I would not be meeting any more police or border agents. She admonished Cyril each time he chimed in unnecessarily while she gave me this important piece of information. She also advised me to go straight to my bus and not speak with anyone. “ANYONE”, she emphasized. I acknowledged everything she said and walked off.

I didn’t have any Ghanaian Cedis to buy a bus ticket into Accra. Cyril advised that I change some money. As much as I hated it, he was right. I figured I’d go change some CFA that I had and then jump on a bus to Accra. Cyril was only too happy to recommend someone who would help me change my money. It was supposed to be a short interaction…it was not.

I approached Cyril’s guys selling foreign exchange and asked about the CFA/Cedi rate, and I think it was at that point that I started feeling weak. Immediately after telling me the rate, one of them asked me if I had any USD to change. Sensing that it was not a good idea to tell the truth, I responded that I didn’t. For some reason, they didn’t believe me, so they asked again and this time insisted that I sit down. I resisted. They then told me that they only wanted to help me hide my dollars from the police at the check point further down the road; the police would use a dollar-detecting machine to scan all passengers, they said, and if they found dollars on me, it would be seized. This was laughable and ridiculous on all counts, but even though I still resisted, I found myself getting weaker and losing more confidence. Something didn’t feel right.

They again insisted that I sit down. This time, I succumbed. After exchanging CFA for Cedis, I got up to leave and again they asked me if I had dollars. Again, I responded no, but now, even I knew how unconvincing I sounded. Just before turning to leave, they tried again, and this time, they insisted that I give them my dollars so they could hide it for me. The guy even said, “bring it out of your pocket”; he didn’t point to the pocket which had the dollars, but he looked at it. I felt helpless. I reached into my pocket and handed him hundred dollar bills in an envelope to “hide” for me. I protested when he started to remove the dollar bills from the envelope, but he ignored me. And that is as far as my memory goes. I seemed to black out for a while.

My recollection resumes when he handed me back ‘my money’ and reminded me that I had a bus to catch. For whatever reason, I didn’t even think of counting my money (something that is second nature to me. So bad that I actually count money I withdraw from ATMs!). I paid for and boarded the bus headed to Accra, still not feeling right but not being able to place my feeling of unease. The bus sat idle for about 15/20 minutes as we waited to fill it up with passengers. The whole time I kept wondering what was wrong with me.

As soon as the bus left the park, I remember thinking, “WHAT THE FUCK JUST HAPPENED?…Was I just robbed under a spell?” I immediately brought out my money to count and of course, there was barely anything left. Not only were my dollars missing, they also cheated me on the CFA/Cedi exchange rate. I couldn’t believe my stupidity.

Even though I knew full well that it was futile, I kept hoping to encounter corrupt police officers along the way that would use a dollar detector on me. It took every bit of me to forgive myself and forget the drama at the border. A three hour bus ride later, I arrived in Accra thanking my God that they didn’t take more than they did. I managed to see the glass half-full which made me happy again. It could have been worse I told myself.

I can’t say for certain that I was robbed under some sort of spell; maybe it was fatigue from traveling, maybe it was lapse in judgement, maybe I’m just stupid. What I can say confidently is that it was very unlike me. I can also say that this episode changed me immensely. It made me a tout…at least when crossing borders – my eyes turn red.

Experience really is the best teacher, because what I learnt in Aflao will never be forgotten.

Border drama aside, Ghana was a lot of fun!

I got to do a fair bit of sightseeing in Accra; visited the colorful Jamestown and learned about its unique and somewhat autonomous culture. It was such a treat to spend time in the fisherman’s village. I also visited and got inspired at the Kwame Nkrumah museum. 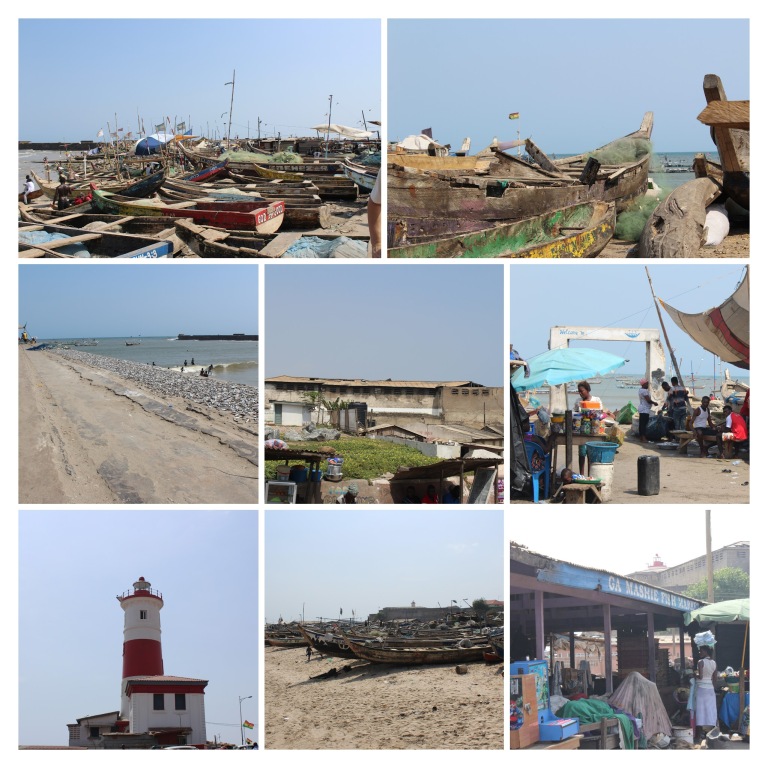 After all that I’d been through in Ghana, it was only right that I treat myself to some R&R by the beach. There is something about the ocean that calms my spirit, so Cape Coast promised to be a soothing affair; one that would serve to not only rejuvenate my bones, but my spirit as well. I was excited at this prospect, but first, there would be some drama on the road; our van had a flat tire on a tight bend.

The tire change was largely without event, at least until a mad man showed up. Luckily for us, we were just about done; because he seemed to have a song and dance routine he desperately wanted to show us. It was funny until he tried getting into the van.

Sitting in the front seat made me an easy target, especially because high grass, on the side of the road, prevented me from shutting my doors when I needed to; thankfully, our driver had the wisdom to speed off as I struggled with the door.

This would not be the last time I suffered a broken down vehicle…or encountered a mad man on the road.

The off-speed life in Cape Coast was a welcome change for me. Here, I would lounge by the beach, check out the history of the slave trade at Cape Coast Castle, and explore the rainforest at Kakum National Park.

I had planned to take a very well known bus to Abidjan from Cape Coast, but was informed that it would be better to catch that bus from Takoradi, which is a bustling connecting town. This meant taking a bush taxi for about three hours to Takoradi, from there I would board, for another four hours, the appropriate bus to Abidjan.

However, upon arriving in Takoradi (about 2 hours later than expected), I was informed, by the lady at the ticket counter of this reputable bus company, that there were no more buses to Abidjan that day (the only bus had left at 11am; it was almost 2pm). I asked how this was possible since their website clearly stated departure times well into the afternoon. Furthermore, there was no 11am bus to Abidjan on the website. After she made me repeat my sentence for certainty, she laughed out pretty loud; and in what sounded like a condescending voice, she told me never to make decisions based on information from the internet. “This is Africa”, she said.

I was faced with a decision: embark on the three hour journey back to Cape Coast in another bush taxi and return tomorrow to catch the 11am bus or take the advice of other passengers and continue that same afternoon to Elubo, the border town between Ghana and Cote d’Ivoire, after which I would cross the border on foot. The latter was less attractive to me because of what I encountered the last time I crossed a border like that. History seemed to be repeating itself.

However, there is something about turning back on a trip which runs counter to my philosophy of life, so even though it seemed like the worse choice, I opted to forge ahead. The difference this time, was that I was ready for war.

My ride to Elubo from Takoradi

Song of the Day: Ayoo by Shatta Wale. This dude is one of the hottest Ghanaian artistes at the moment. A real champion of the masses. He is also a very stubborn man, but that is conversation for another day. Enjoy.